Healthy ALL-AMERICAN product that is made with 100% USDA Grade “A”
inspected chicken only, no additives or preservatives.

In 2008 our young beautiful Black & Tan Pomeranian named Dolce had become very ill. She was as very healthy puppy and was about 8 months old. She had never shown any signs of illness before, until one morning we had awoke to find her lethargic and vomiting under the bed. She could not move or stand up. She was taken immediately to our veterinarian and was given a check up and had some blood work done. The blood work came back with high spikes in her liver enzymes, which normally indicates a liver shunt, and our veterinarian said that she needed surgery immediately. So I called the breeder that we purchased her from and explained the situation to her, and she told us that a liver shunt is something that is genetic (runs in blood lines). 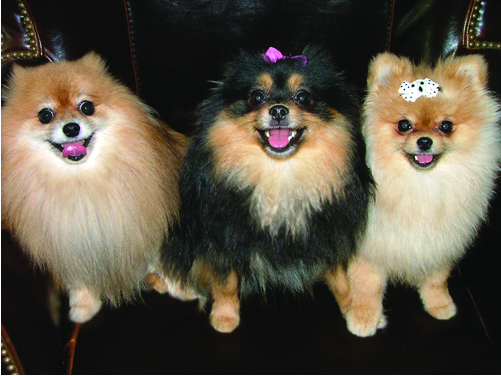 Dolce comes from a long line of champions and none of those dogs have it, so she couldn’t have inherited it. Something else was going on with her, she told me to bring her back up to Detroit to her specialist and let him check her out, so that’s what I did. I jumped in the car immediately and made the six hour trip. On the way all that I could get her to eat was her chicken jerky treats (made in China) that she loved so much, I figured getting her to eat something was better than nothing at this point. So the Dr. in Detroit did some more blood work on her and she still had high spikes in her liver enzymes, which the Dr. suggested that it was due to something she ingested. The only thing that had been introduced to Dolce’s diet recently was the natural chicken jerky (made in China). I had been feeding them to her for a few weeks (she loved them).

I was slowly poisoning my baby, and didn’t even know it. I trusted what I read on the bag (ALL NATURAL), and I thought that meant they were healthy and safe. I immediately stopped feeding her the treats. After being off the treats for a few days she had another round of blood work and her liver enzymes started to return to normal, so we took her home. We had one more round of blood work scheduled in two weeks at home with her regular veterinarian to make sure that her liver had returned to normal. And it did, everything was back in the normal ranges. So I started doing some research and was amazed to find the large numbers of people that had posted instances of illness or death of their pet and they felt very strongly that these treats contributed to the illness or death.

The FDA has issued an advisory concerning the feeding of chicken jerky products from China. Based on the fact that her liver enzymes returned to normal after we stopped feeding her the treats, we believe that those treats were what almost took our little fur baby’s life. So with that being said, we were now on a mission to find all natural treats that were produced in America, processed in America, and packaged in America.

We were not able to find such a product, so I started experimenting and making our own at home, and came up with a healthy ALL-AMERICAN product that is made with 100% USDA Grade “A” inspected chicken only, no additives or preservatives. Dolce and our other two fur babies, Bella and Bullet are crazy about them and now we feel better knowing that our little fur babies are safe and happy with their all natural jerky that momma makes for them. So enjoy a decadent, delicious treat from our little fur babies to yours.

And here is what people are saying

Decadent Doggie! made in Indiana by dog owners who were appalled by the illness caused by the jerky treats made in China. These treats can be purchased online and the company has an extensive FAQ section detailing where they get the meat for their jerky treats, how they are prepared and why they are 100% safe.

We are not taking orders at this time, please check back at a later date. Thank you!